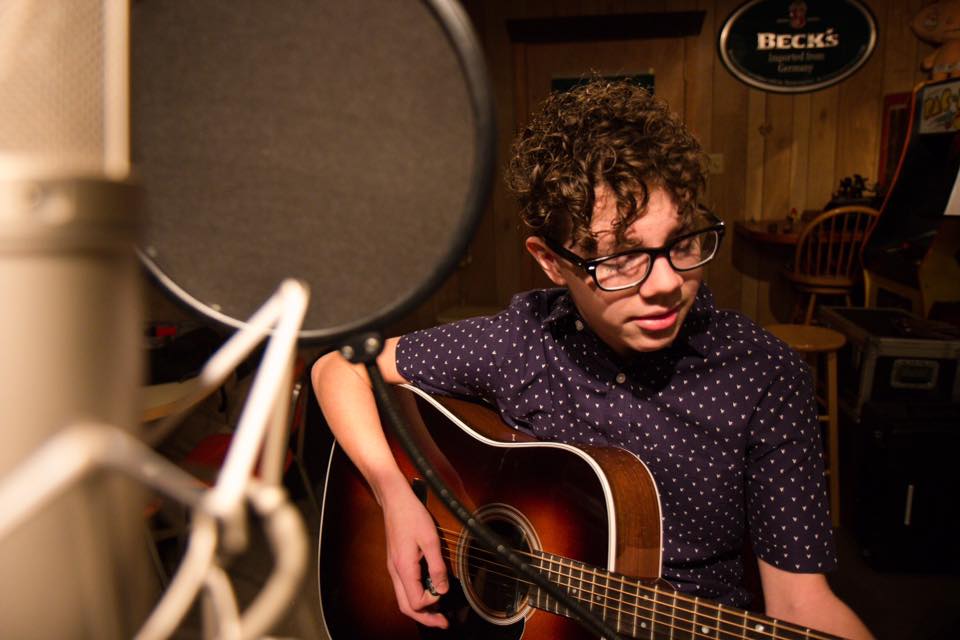 From The Middletown Press: Entertainment


By Bonnie Golderberg, The Middletown Press

Braiden Sunshine is a musical phenomenon — think Harry Potter with a guitar. He may not be a household name at the moment, but watch out. As a singer/songwriter, he is showing great signs of performance perfection…and he is only sixteen. As a baby, he would hum along when his dad sang him lullabies, mostly Billy Joel. By age 5, he was singing in his Lyme, Connecticut church choir.

When Braiden was nine, he was invited to join the band Silver Hammer, playing gigs with old timers who were pushing their teens. As a boy soprano, he had an even higher voice range than his sister Sierra who was thirteen. The band dissolved when the members started packing their bags for college. The same thing happened with his next band, Stone Creek.

By then, Braiden had picked up the guitar and started writing his own songs, about love and being heartbroken, even at his tender age. Doing a school project on police forensics, a song about a “Wanted Man” running from the cops popped into his head and he captured it acoustically. Basically he likes to tell stories.

You have the golden chance to hear those stories and the songs that accompany them when Braiden Sunshine performs at the Katherine Hepburn Center for the Performing Arts, 300 Main Street, in Old Saybrook on Wednesday, Aug. 24 at 7:30 p.m. For tickets ($23-35), call The Kate at 860-510-0453 or go online to www.thekate.org. And he’ll have quite a journey of tales to share. He freely admits he has been blessed with opportunities on the way to making music his life.

Braiden will undoubtedly tell of how his mom wanted him to audition for NBC’s The Voice, an idea he nixed as being both a waste of time and a waste of gas money. The next day when she offered to drive him to “a really cool car show in New Jersey” (as cars are a second love), he discovered himself at an open audition for The Voice instead. While his mom always had faith in his abilities as a musician, he needed a little “trickery and magic” to believe in himself that he could make it.

Even though he was technically too young for the show, the casting crew allowed him to appear on Season 9 and he went all the way to the semi-finals.

To Braiden, “That was wow, one heck of a dream that really happened.” As a member of Team Gwen, he found himself with “an amazingly sweet Gwen Stefani who was like a second mom to me.”

In addition to his success on The Voice, Braiden may dish about opening for Huey Lewis, and his favorite band of all time — at least since his age 6— Blues Traveler, who advised him “to go write music.”

He has listened to that admonition and is recording a new album by the end of 2016, in addition to the singles he has already released this year. Stories about his five summers as a Cabaret Junior intern at the Eugene O’Neill Cabaret Conference in Waterford, CT where he sang Beach Boys songs this month may get a mention or three.

The fact that he treated himself to a classic car, a 1959 Plymouth Belvedere, a bonus from appearing on The Voice, could be worth a story. When he has a free moment, he is restoring it, making it a beautiful dark red that sparkles, with the goal of driving it in the 2017 Memorial Day Parade in his hometown. The fact that Braiden Sunshine has appeared 400 times on stage, either individually or in a band, in his six year career will surely be worth sharing. Come to the Kate to hear “my journey as a musician so far” with lots of sweet songs, perhaps “Feeling Good” and “Best There Ever Was,” mixed in with the swell stories.